NOW OPEN! NEPA Metal Madness
As the saying goes, "always something new at New Milford Rifle and Pistol Club", so with that lead in, NMRPC is proud to announce that they are an official affiliate range for the Metal Madness Shooting Sports Association!  This journey started with members John Fiore, Lou Mebus and John Ord looking for a new way to break into the action shooting sports that was budget friendly, easy to run and most of all to appeal to all ages and levels of experience.  After some diligent research they came across a fairly new shooting game called Metal Madness headquartered in Grand Rivers, KY.  The phone calls started and they soon found out Founder Ed White did not have to try and sell them on the franchise, the game actually sold itself.  President John Ord planned a site visit to Metal Madness at the Barn during one of their bi-monthly shoots in Eddyville, KY and was welcome in as if he was part of the family already.  He sat down with The Barn owner Brian Dunning, Ed and his right hand man Jim, Pastor Mark and a whole host of shooters that were simply addicted to Metal Madness.  Approximate costs were discussed as well as the affiliate fees but the real take-away was the overwhelming fellowship among shooters of all walks of life and levels of experience, nobody acted as if they were better than anyone, actually quite the opposite.

Once returning home, there was several months of discussion at the club's monthly meetings and finally a vote to move ahead with the project.  Plans were drawn up and a couple of areas identified on the club grounds for possible placement.  If you have visited NMRPC in the past, you know that it is laid out so that several shooting events can be held simultaneously, and this range would be no different.  The affiliate fees were paid and training was setup.  Lou and John traveled back to Grand Rivers, KY for 3 days of training.  As with any franchise, the running of matches, the look and scoring all has to be consistent across the board.  They were trained on the youth component of Metal Madness as well as becoming Range Officer Instructors.  On the final day of training they actually ran a match from registration to scoring and everything in between.  They returned home ready to get building that next spring but the world had other plans.  The spring of 2020 was set to be ground breaking on the newest Metal Madness Range but instead everything ground to a halt with the COVID-19 outbreak.  Business closed, labor became scarce and lumber costs went through the roof (no pun intended).  All was on hold for at least a year, but as the summer of 2021 worn on they saw a down turn on lumber costs and companies were catching up.  Two ranges were worked at the club: the 100m range was cut down, graded and berms raised, the other would be the new location of what was now know as NEPA Metal Madness.  They set a self-imposed deadline of the 3rd Sunday in November for completion, what is know as 3rd Sunday GunDay - an "open to the public" day held each month by the club.  The core group of volunteer members not only hit that mark but they actually ran 3 squads through shooting on the new range late that afternoon.

Not wasting any time, the inaugural match was held on Black Friday just a week later, pretty fitting being close to Thanksgiving as the club has much to be thankful for.  The next shoot is scheduled for December 18th and as stated above, all are welcome, no experience needed.  Although any semi-auto, magazine fed 22lr rifle or pistol would be ideal, any 22lr rimfire gun will do.  A pass consists of 10 stages with 5 12" plates each, 4 square plates numbered 1-4 and a round stop plate.
the match is timed but don't worry about that too much, they throw out the 2 worst times.  At the end of the day the time scores are tabulated and shooters are placed in time brackets called "bullet brackets" with a prize going to the top shooter in each bracket.  Scores are saved in a national database to be ranked with shooters from coast to coast.  Come on up and check out the affordable speed shooting sport anyone can play! 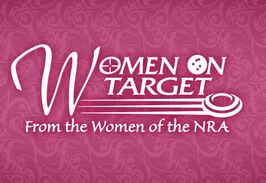 Women on Target:  Early Spring 2022, Lead Instructor Fred Grasso
​If you’re curious about firearms, whether for personal defense or to learn a new sport, Women On Target® is the perfect place to start. These instructional shooting clinics are designed to teach you firearm safety and the fundamentals of marksmanship, giving you the confidence you need to safely handle and operate a firearm upon completion. Women On Target® clinics are available only to women — it’s a safe and friendly environment whether you’re picking up a gun for the very first time or are just brushing off some dust and need a little refresher. You’ll immediately feel at ease in the half- or full-day clinics, and will be provided with a hands-on, one-of-a-kind experience. No experience or equipment is necessary to participate.

The NRA Basics of Pistol Shooting is intended for all individuals regardless of previous shooting experience or NRA-affiliation. This is a  traditional, instructor-led course where you will receive direct instruction from an NRA-certified instructor from beginning to end taking place in a traditional classroom and range environment. Course topics include: gun safety rules, proper operation of revolvers and semi-automatic pistols, ammunition knowledge and selection, pistol selection and storage, shooting fundamentals, pistol inspection and maintenance, marksmanship, and shooting range safety. Additionally, students will complete live fire training and a nationally standardized shooting qualification while on the range with an NRA Certified Instructor. Students will receive the NRA Guide: Basics of Pistol Shooting handbook, take a Basics of Pistol Shooting Student Examination and receive a course completion certificate bearing the signature of the NRA Secretary and your NRA Certified Instructor.
In the News
New Milford Rifle & Pistol Club is affiliated with many organizations not only as a resource for our members such as with CMP, but to support and stay current on issues that effect our mission.  Our two most important affiliate organizations are the PA Federation of Sportsmen and Conservationist and the National Rifle Association.  We will post headlines, links and documents here that YOU should be aware of and invite you to get involved! 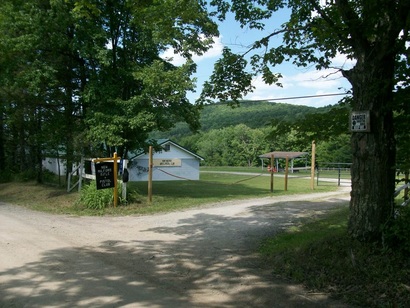 We would like to welcome you to the Official Home Page of the New Milford Rifle and Pistol Club.  This site will help you find our facility and describe the many opportunities to hone your shooting abilities while enjoying the beautiful setting we enjoy in the Endless Mountains of North East Pennsylvania, New Milford, PA.

Please enjoy your visit while you are here, we will update this site as often as possible with events and activities as well as posting scores and relevant links you need in one easy to navigate area.  If you have any questions or would like more information, not only about our club, but questions on shooting, gun ownership or conservation, please feel free to go to our Contacts page and drop us a line.  We ultimately would like you to join our family of shooting enthusiasts and encourage you to visit our Membership page to find out more, but more importantly our membership represents a variety of experts in their disciplines and welcome your input and questions.  Enjoy and Shoot Straight!